What do you think when you see a person on the street or elsewhere who is wearing worn, outdated clothing and appears to be uneducated and poor? What we think about that person is a reflection of who we are, and, more importantly, it can affect the person we’re observing in ways we might not imagine.

People who are poor already have a hard enough time struggling to become self-reliant, but when we as individuals and society view them as “those people” who are hopeless and not worthy of our association or help, our attitude permeates how we approach addressing poverty in every way, which pushes those who are struggling down even more.

In the book Les Misérables, Marius explained this harmful effect when describing what he thought of his next-door neighbors:

Undoubtedly they seemed very depraved, very corrupt, very vile, very hateful, even, but those are rare who fall without becoming degraded; there is a point, moreover, at which the unfortunate and the infamous are associated and confounded in a single word, a fatal word, Les Misérables; whose fault is it? And then, is it not when the fall is lowest that charity ought to be greatest?

Are we degrading our neighbors who struggle with poverty through our attitudes about them? If we call them “those people,” “lazy,” “moochers,” “hopeless,” i.e., “the miserable,” and treat them as such in our programs and policy, then we are pushing them down further and harming their chances of lifting themselves to self-reliance.

When we have this attitude, we fail to recognize the ability of our neighbors in need to change and become like “us,” and our efforts to help them turn into a faceless system of applications and breadlines where each person is just another number. But everything changes when we treat people who are poor as individual human beings with potential, like ourselves.

Like it or not, we all play a part in where people in need end up and whether they have an opportunity to land on the other side of the wheel of fortune. Our attitude might change if we remember that in an instant we could be in their shoes, and if we think about how we would want to be viewed and treated if we were in their shoes.

Fortunately, Marius made the astute observation that “is it not when the fall is lowest that charity ought to be greatest?” He recognized his attitude about his neighbors was wrong and that he needed to change it. Rather than looking down on those in need, our charity should be at its maximum. We should afford them the human dignity that they–and all of us–deserve.

Addressing poverty is not a partisan issue–we all need to help. Let’s not degrade our neighbors in need by the way we think about them, talk about them, and treat them. Instead, let’s recognize each person’s great potential and do everything we can to build on that potential and help lift them to self-reliance. 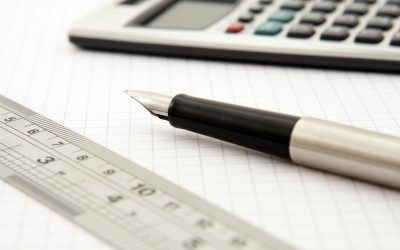